The 21st of August saw 35 members and friends venture over the Pennines to York.  Although it started to rain around Manchester (it isn’t known as the rainy city for nothing ), the sun started to shine as we approached Leeds and the A1, and remained out for the rest of the day.

We found out the day before that there was a race meeting at the racecourse that weekend which swelled the number of visitors appreciably. There was a lot of “punters” in suits, and stylish women in summery dresses in the bars of the city when we arrived late morning, prior to them making their way to the racecourse.

There is so much to see and do in York, that it was difficult to decide what to do first, so we retired to a bar to consider the options. Should we visit “The Shambles” or “Wipmawopmagate” for retail therapy, or stuff our faces at the Chocolate Story. 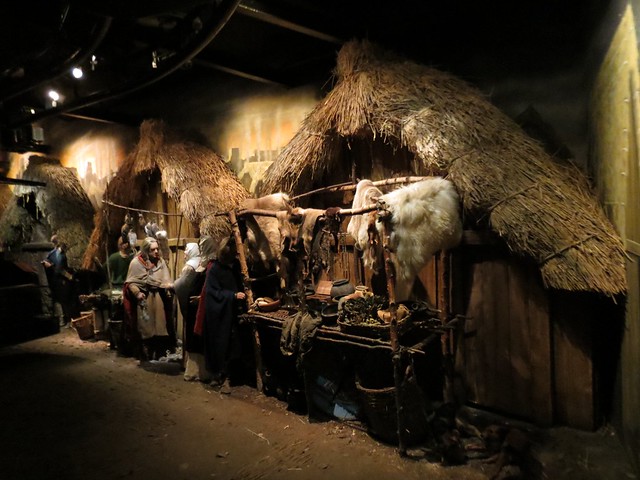 How about a tour of the Jorvik Viking Museum (above), or the National Rail Museum (below).

No, we stood around and watched the street entertainers juggling, fire-eating, sword swallowing, and generally acting to the crowds.

It was 6pm before we assembled for the homeward journey, after a wonderful day in the glorious weather.  Everyone was worn out it seemed, it was certainly a busy day, but people were already asking when they could come back to explore the places they didn’t have time to visit this trip.  I’m sure we’ll be back next year.